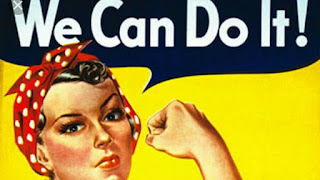 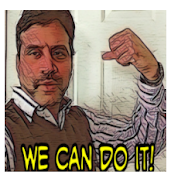 As a connection to the global celebration of International Women's Day on March 8th every year, let us have a discussion on the etymology of the words, Husband, Wife, and more.

There is a joke out there that a married couple can have a long-lasting marriage "when the wife has the patience of a saint, and the husband is deaf as a post", does it need to be the case? Share in the comments section. Anyways, the objective of this survey is to get your insight on figuring out an optimal alternative for the word, "WIFE"?

As per resources out there, the word "HUSBAND" could have originated from Old English, "husbonda", which if we try to split the word, we would have guessed that it is connected to "hus" and "bond" - just like James Bond 007, Austin Bond 009, this is "HUS" "BOND".

Based on how these words are spelled, and if we connect this word to the current times, we might say that a "Husband" is one who bonds the house.

Moving back to the topic of etymology of this word, as per etymological sources out there, "husbonda" implies "male head of a household, master of a house, householder", which further could be traced back to Old Norse word, "HusBondi" that meant, "householder, dweller, freeholder, peasant". In addition to these meanings, this word also implies "Frugal Manager".

During the olden times, in many global societies, men had more direct say in the daily happenings compared to women, and hence, the word "Husband" appears to have a stronger meaning and footing compared to the word, "Wife". As presented in this Bustle article by Amanda Chatel, the word "Wife"

"Etymologically speaking, if we look back at Middle English and Old English, the spelling of wife is “wif,” which some scholars believe to be related to the German word “weib,” and just might have Indo-European roots in “ghwībh,” meaning "shame, also pudenda." So a wife is someone who should be ashamed?"

shows a level of negative connotation to it in its meaning.

Based on the origin and usage of this word, it appears that the word, "Wife" also implied that "she" is owned by the man/husband as can be seen by the presence of the word, "wifman", which meant wife of a man, rather than an equal partner.

This unusual origin and meaning of this word, "WIFE", led us to think of words, which would be a better reflection of the role played as an equal partner to husband. As part of this exercise, we started with identifying other words in English that might be more apt to represent a "Wife" in this day and age of equality. Then, we also started considering to loan existing words from other languages in line with the mixing of words and languages over time through globalization that has led to various words from one language seen part of the dictionary in other languages. After looking into it from various angles, we decided to share these two words as alternatives for the word, "WIFE", to be used on a regular basis. The two words being, "MANAIVI - மனைவி", "ILLATHARASI - இல்லத்தரசி", which means,  மனையின் தலைவி (Leader of the House) or  இல்லத்தின் அரசி (Queen of the House) respectively. What do you think? If you happen to have your own suggestions, feel free to share as well.

By the way, "KANAVAN - கணவன்" is the word used in this language for "HUSBAND ", which could mean, "கனவுக்கு அதிபன்-KANAVUKKU ADHIBAN/ (Master of Wife's Dreams) ".

BEFORE / AFTER SURVEY - INTERESTING PICTURE BASED SURVEY

BEFORE / AFTER SURVEY Please let us know which is the before picture and which is the after picture? Loading…

VAL-U-PRO CONSULTING GROUP, LLC - SRIKANTH KIDAMBI SurveyDonkey/ GuyGalUp/ GuyGalUpDown/ GalGuyUp Dec 18, 2017  Which of these shots do you like the most? 724 votes  -  votes visible to Public 12% Monkey Shot 17% Behind the back shot 21% Do whatever takes shot 16% Up in the air shot 34% Baby Shot no comments no plus ones one share 1 Shared publicly • View activity Add a comment...

VAL-U-PRO CONSULTING GROUP, LLC - SRIKANTH KIDAMBI   Jan 30, 2017 Smart Meter units hackable. How realistic is this one? Wait for the complete fact-based story. Subscribe to read ft.com Add a comment... no plus ones one share 1